Rethinking pain : What actually is it? How does our brain decide when something hurts? What can we do to reduce our pain?

Most of us have grown up with the idea that there is always a physical reason for a person’s pain. We have been told you can find the reason by looking at the person’s biology.

However this isn’t always the case. There are many instances of people who experience chronic pain with no evidence of ‘disease’ or ‘injury’.

In addition, pain today is often traditionally treated with anti-inflammatories and steroids, with little understanding about the root causes of it or how to go about eliminating it.

Our traditional knowledge of pain comes from the philosopher and scientist, Descartes (1596-1650), who said there are pain receptors in the body and nerve pathways which transmit signals to the brain to produce pain. This model was based on the idea that the more pain someone was in, the more severe their injury. This theory however makes no sense for many people who experience high levels of chronic pain with little obvious physical injury.  For example, people living with issues such as fibromyalgia, chronic fatigue, migraines, IBS and menopause. It also does not account for the intense pain some amputees feel who experienced phantom limb pain.

However more recent science has shown that there is no such thing as a pain receptor. We have what are known as ‘nociceptors’ which detect changes in our body’s chemistry, such as temperature, mechanical trauma and tissue damage, inflammation, toxins. The information is sent to the brain alongside information from our 5 senses – sight, smell, touch, tastes, hearing and our memories. The brain then decides whether the information is dangerous. If it is, then it sends out pain signals to the appropriate area.

Someone who experiences chronic pain has a brain which is saying they are in constant danger. Crucially, the non-conscious brain does not distinguish between physical and psychological danger. Any danger registered can result in a pain response. Negative emotions such as sadness, anger, worry, guilt, shame or fear can all feed into the same mixing pot.  In addition, sounds, tastes, smells and memories can trigger old pain associated with an injury which has physically healed long ago. The damaged tissues in question can retain memory of a negative emotion which was held along with the physical injury. Unless this negative emotion is acknowledged whilst restrictions release, the pain is likely to continue – the job is only half done. An example of this could be someone riding a bicycle along a lane, and then having to swerve and crash as someone else walks out in front of them. If, when this was happening, the cyclist experienced anger towards the person who walked out, the emotion can be bundled up with the physical tissue damage from the crash. This can stay in the tissues and cause problems and pain unless it is able to release. The emotion of anger triggers a danger signal in the brain.

It is easy to worry that you may never get rid of pain. Medical professionals run out of ideas and painkillers don’t help for long.  This worry becomes a fear. Fear stimulates the sympathetic nervous system within you, the part of your autonomic nervous system responsible for ‘fight or flight’, which then floods the body with the stress hormones of cortisol and adrenaline. You can feel like you are always agitated, pulse racing, can’t sleep well, lose your appetite or can’t seem to digest your food. Pain which continues for weeks, months or years massively magnifies the sensitisation of the nervous system. The whole system becomes ‘hair triggered’, the slightest small innocuous sensation is magnified. The brain is on constant alert for sensations and misinterprets normal sensations as dangerous activity. It’s a bit like having a really loud fire alarm going off in your house whenever you just light a small candle.

How to change things 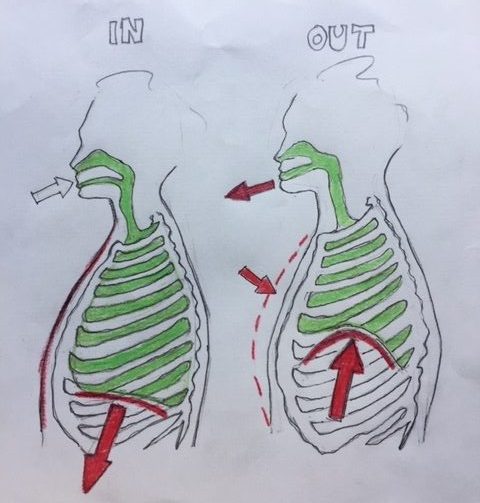